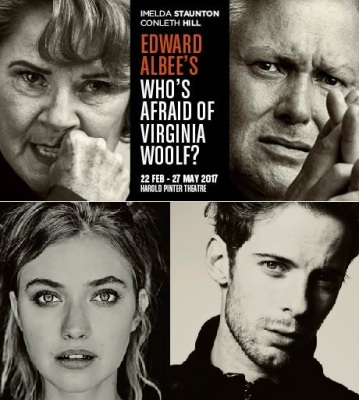 As soon as Luke Treadaway was announced to be in the cast of “Who’s Afraid Of Virginia Woolf” at the Harold Pinter Theatre in London, I booked immediately! He didn’t do theatre since 2013, when he was in “The Curious Incident Of The Dog In The Night-Time” at the Apollo Theatre, and I’m so happy he’s back “in town”!

Here the storyline: “In the early hours of the morning on the campus of an American college, Martha, much to her husband George’s displeasure, has invited the new professor Nick and his wife Honey to their home for some after-party drinks. As the alcohol flows and dawn approaches, the young couple are drawn into George and Martha’s toxic games until the evening reaches its climax in a moment of devastating truth-telling.”

It sounds promising, I expect sparks between the four characters.

I saw Luke in the movie “A Street Cat Named Bob” with a friend on November 12, 2016, she liked his performance so much that she decided to come with me in London to see him live! We booked for the 10th of May 2017 matinee. And it’s our first holiday in London together, it will be fun! She’s a lover of the city like me! 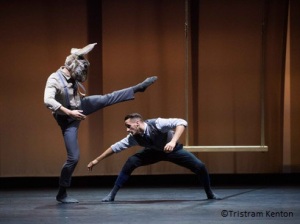 The second ticket I booked for is a ballet. I’m following Ballet Boyz Twitter account for some time, because I love Ballet and their all-male company immediately got my attention. I recorded their ballet on WWI “Young Men“, too, when it was aired on BBC Two on November, 12.

I get the programme of the Teatro Alighieri in Ravenna every year and I was so excited to see their ballet “Life” was on the 2016-2017 season’s programme!

“Life. takes an elegant, powerful and often humorous look at life and death.”

I got friends involved, again. I booked for me, a friend and her 14 years old daughter, who’s taking part to a dance class! We got some good seats on Saturday 18 March night. I really hope they will like the show!

Ben Daniels has told in two occasions on Twitter that he could be back on stage in 2017, if a project goes on! I’m impatient to know what it could be!

I have hope that some others actors I loved to see on stage will be back to theatre, too.

So, what do you think of my choices?