I started to follow Jack Holden on Twitter in 2012, on a list first, when I noticed he was playing Albert Narracott in War Horse at the New London Theatre after Luke Treadaway and because he showed interest in WWI.

I didn’t see the 2012 production of War Horse, I had to wait the year after, but the cast was different.

Anyway, the staff of the National Theatre Archive wrote me that a version with Jack as Albert is available to view at their location, so I will go there in my next London holiday to watch it.

I think Jack is playing very interesting roles, of course I started to follow his Twitter account after a short time! And WWI seems to be a regular feature in his career.

In 2014 through his tweets, I saw that Jack was starring in the one-man show Johnny Got His Gun from Dalton Trumbo anti-war novel, on WWI again. He got praises for his performance in reviews and from the audience. I’m curious about that book I heard of several times, I’m going to search for it soon and I will try to imagine how he did play Joe. Must have been challenging being alone on stage every night for weeks!

The same year, since Jack is also a writer, he wrote Dawn, which was played as rehearsed reading at the Etcetera Theatre in Camden on Tuesday January 28, 2014. The synopsis is very interesting, I hope we get to see it in a theatre one day:

<<In the trenches of World War One, two English boys are bound together by the terrors which surround them. One dawn, whilst their regiment surges forward to their deaths, they run the other way, together. On their hopeless flight for the Channel, shaken and scared, they find the seed of a mutual love. But how can that love bloom when all they have is the bombed-out wilderness and each other?

In the centenary year of the start of World War One, Fine Frenzy Theatre are proud to present a reading of Royal Court Young Writer Jack Holden’s haunting new play.>>

I had my first chance to see him on stage in the play Oppenheimer by Tom Morton-Smith, which was announced by the Royal Shakespeare Company to be staged in Stratford-Upon-Avon and later in London. 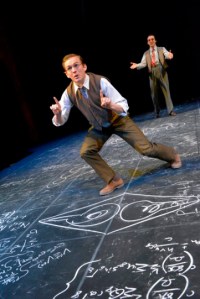 The cast looked very promising and, as I said in my report, I got tickets to see the show in London and I totally fell in love with the story and its cast.

Jack was Robert Wilson, one of the young scientists who worked with R.J.Oppenheimer at the atomic bomb. I agree with the britishtheatre.com 5 stars review in thinking that <<Holden is absolutely outstanding; a star on the rise.>> I loved how he talked and moved on stage!

He played one of the most moving scenes, when Wilson tried one last time to prevent the use of the bomb, but, then, I suspected he could be good for comedy, too, for some funny moments he was in, like when he took milk and egg as a remedy for booze. His Wilson will always stay in my heart!

Pity I wasn’t able to see him playing the funny role of Hastings in a quite modern version of She Stoops To Conquer at the Royal Bath Theatre in Bath, he must have been hilarious,

but I booked immediately for A Midsummer Night’s Dream – A Play For The Nation at the Barbican in London, (a play I wanted to see on stage from long time) as soon as the cast was announced. I think that Jack is perfect as Lysander! The role requests a good-looking nice actor with a very physical presence, which he is. He goes very well together with the other members of the cast. Dream 2016 will be back to Stratford-Upon-Avon, from where the UK tour started, from June to July, I wish I could see this play there again! I wrote my report there. 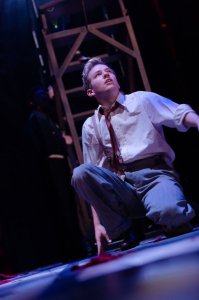 Currently, Jack plays Roland Pemble in the BBC Four radio play Home Front, which takes place during the WWI years. Roland is a young photographer who falls in love with the woman who owns the photography shop where he works. It’s a tender and bit of a troubled love story. And then he joins the Army. I really hope he’s back ‘in safe’ in the next season.

Home Front is available to listen to on the BBC Four site: http://www.bbc.co.uk/programmes/b047qhc2 where there is information on the play and on WWI.

Jack can play so well the romantic hero!

I suggest you watch online a nice short movie called In A Bookshop by Aideen Johnston, where Jack plays Jake Ryan, an ex uni student who works in a publishing house: https://vimeo.com/78006498. The ending is funny, I have the impression maybe something similar happened for real! I find Jake very nice! I can’t say the same about the teacher, haha!

Jack has just finished shooting the movie The Levelling with Ellie Kendrick, currently in post-production. He plays James, but we know very little about the movie, yet. IMDb says: <<Hope Dickson Leach has written and is directing the film, which is set in the aftermath of the dramatic flooding in Somerset last year. Kendrick will be a young woman who returns to her family’s dairy farm after the tragic death of her younger brother.>>

So I’m looking forward to it, hoping it will come to Italian cinemas, as Ellie is quite famous here for her role in Game Of Thrones.

I admire Jack Holden as a bright, talented actor! And he’s a very nice young man in person! I met him twice, once after Oppenheimer and once after Midsummer, he was lovely to me!

And, for the record, I got to live a magical “stage moment” with him in both the plays!

During Oppenheimer, ‘Serber’ and ‘Wilson’ pointed at me and applauded me saying: “…and hey, you’ll kill everyone in the room…well done.” when I was sitting in the front row. I’m still blushing thinking about it, but I had fun! Well, they were just playing their lines, I was there by chance! Haha!

At the end of Midsummer, while dancing, ‘Lysander’ smiled and winked at me from the stage. I saluted him back from the front row, again. And that was not part of the play, just him being cheerful and pleased I was seeing the play again that day. What a lovely thing he did!

And is not just that. Jack is also a good human being. In 2010, with a friend, he raised money for Action Aid, with the project Skye is the limit. They reached the highest point of the Isle of Skye, by hitch-hiking from Bristol, with the help of a crowdfunding. They decided to embark on the trip to support ActionAid’s relief efforts in Pakistan and its child sponsorship programme. If you take a look to the nice videos they filmed, they faced a big challenge, but I bet they had fun!

I wish Jack all the best for his career! 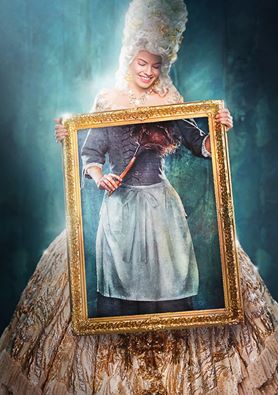 First pictures and reviews for the play “She Stoops To Conquer” with the wonderful Catherine Steadman @CatSteadman and Jack Holden @jackholdenactor I liked much in “Oppenheimer”.

bristolpost.co.uk “Kate Hardcastle – a sparkling portrayal by Catherine Steadman – pretends to be a barmaid to cure and catch him.“

listomaniabath.com “The play is less a vehicle for social comment than an opportunity for comedy, and all is resolved satisfactorily when Kate (well played by Catherine Steadman) reveals that she has deigned to stoop from her social postion to that of barmaid (calm, this was first produced in 1773) to conquer her man.“

Fingers crossed to the cast & creatives for tonight’s Press Night in Bath!

thetimes.co.uk The Times gives it 3 stars, but you need a subscription to read the article.

thepublicreviews.com “Catherine Steadman is outstanding as the vivacious and independent Kate, while Charlotte Brimble makes an engaging Constance. Hubert Burton and Jack Holden are a suitably arrogant-yet-lovable double act as Marlow and Hastings“.

wiltshiretimes.co.uk Review: She Stoops to Conquer, Theatre Royal Bath (with a nice gallery).

thestage.co.uk “It works up a head of steam by the madhouse second-half, though, as London rakes Marlow and Hastings, played in Jeeves and Wooster fashion by Hubert Burton and Jack Holden, […] and his daughter Kate, made delightfully feminine by Catherine Steadman, as the serving girl.”

telegraph.co.uk “Sure to go far too, Catherine Steadman switches likeably and effortlessly between cool, high-born Kate and her warm, West Country alter-ego. […] There’s spirited support from […] Jack Holden as the hoity-toity Hastings“.

What’s next for the wonderful Oppenheimer cast?

– he’s on TV with the BBC series “Jonathan Strange And Mr. Norrell” playing Henry Lascelles in all the 7 episodes –> IMDb.com

– he made also the first episode of “Luther” season 4, unknown role –> IMDb.com

– 3 episodes of the TV Mini-Series “Sons of Liberty” as Governor’s Aide –> IMDb.com

– and he’s the incoming movie “Eye in the Sky” as Major Harold Webb –> IMDb.com

– they are together in the incoming production of “She Stoops To Conquer” at the Theatre Royal Bath, 1-18 July 2015 –> site theatreroyal.org.uk

– takes part to the RADA London Festival with the play “Young Bloods” in the role of Napoleon Bonaparte at the Gielgud Theatre, 25-26 June and 2 July 2015 –> site rada.ac.uk

– Update Summer 2015: he reprised the role of Puck in “A Midsummer Night’s Dream” UK Tour by The Royal Shakespeare Company

– is in the cast of “Teddy Ferrara” at the Donmar Warehouse (role not known yet) 01 October – 05 December 2015 –> site donmarwarehouse.com

Not sure yet on his next steps. The 13rd of May the Propeller Theatre Co tweeted “We are bringing Pocket Merchant to @ElectricTheatre 17th Sept. Tix are on sale #GuildfordFringe #Guildford” and posted a picture with Ben, I wonder if he will be in the cast again?? –> site propeller.org.uk (he was in a previous production)

– I think she’s working on the production of a play she wrote, pity I didn’t get more information about it, but she tweeted: 3 June and 8 June

Please share other news about them with me if you have!