Kingsman: The Secret Service Live – Wednesday 14 January 2015
Screencaps from #KingsmanLive (sources: streaming, trailer, Twitter and Instagram
I had fun taking screencaps during the live event)
.
Kingsman The Secret Service official website: kingsmanmovie.com
This action movie is on my “Movies I have to see” list!
.

Interview to the Take That.

Interview to the Take That

Interview to the Take That

Mark Strong talking to fans under the rain…

Tom Prior on the red carpet – tweet by him

In the last 3 pics there’s a young actor I’m keeping an eye on, @TomPriorActor, who plays Hugo in the movie tomcprior.com

Five days after, on Monday 19 January, I was taking a look to Kingsman Premiere gallery on Getty Images’ site, when I found by chance a picture of Tom Prior together with his Tory Boyz colleague Simon Lennon attending another premiere, “Mortdecai” the movie with Johnny Depp. I couldn’t help sharing their picture on Twitter! 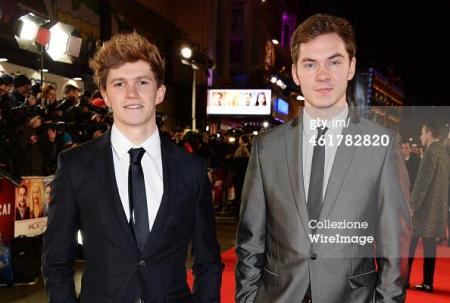